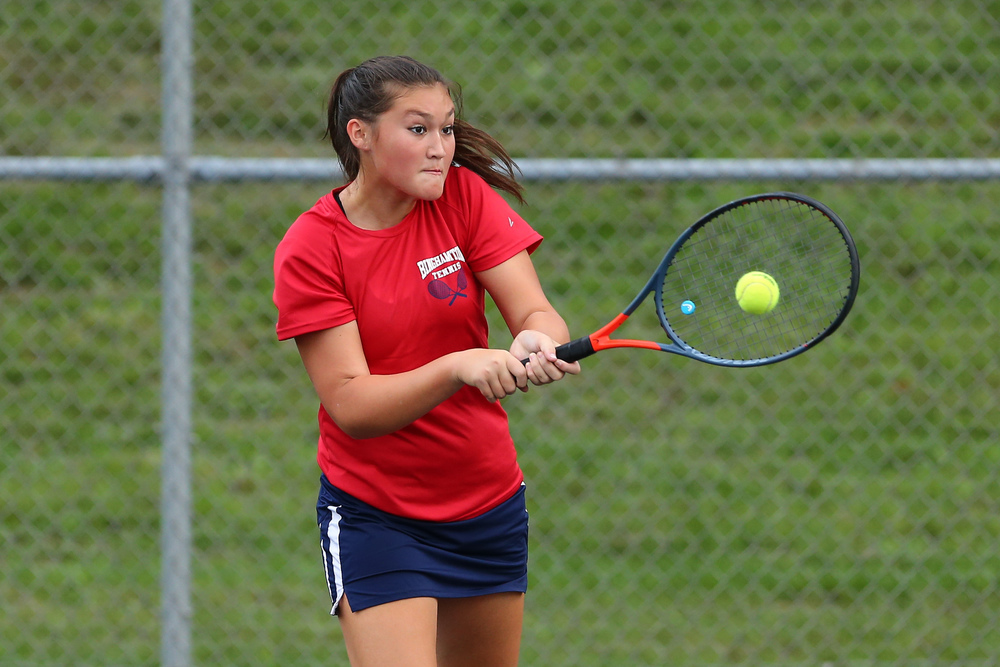 Sam Dalmolen has only been in high school for less than two months, and she’s already checked that accomplishment off her list.

Transitioning from hockey to tennis during the pandemic (since tennis was one of the few sports allowed to continue due to COVID regulations), Sam has taken to the sport swiftly – winning the Section Four singles title and qualifying for the New York State Public High School Athletics Association Girls Tennis Championships at SPORTIME in Schenectady. She even got a massive sendoff from her peers at Binghamton High School as she headed to the tournament:

In the round of 16, Sam’s season came to an end, falling to Julia Laspro (Clarence, N.Y.)  in straight sets.

A few points to underline how impressive Sam’s season was…

Of the 32 girls to make the state tournament, Sam was one of only two freshman to make it, and she was the only one to make it out of the first round.

Both girls Sam squared off against were seniors, and the best players from their respective sections.

In an interview with local media, Sam said her speed is her best asset on the court because, with her form still developing, she stays in matches by getting to balls faster than her opponent expects.

Safe to say, with an already high level of play and three more years to refine that form, Sam’s future is bright.